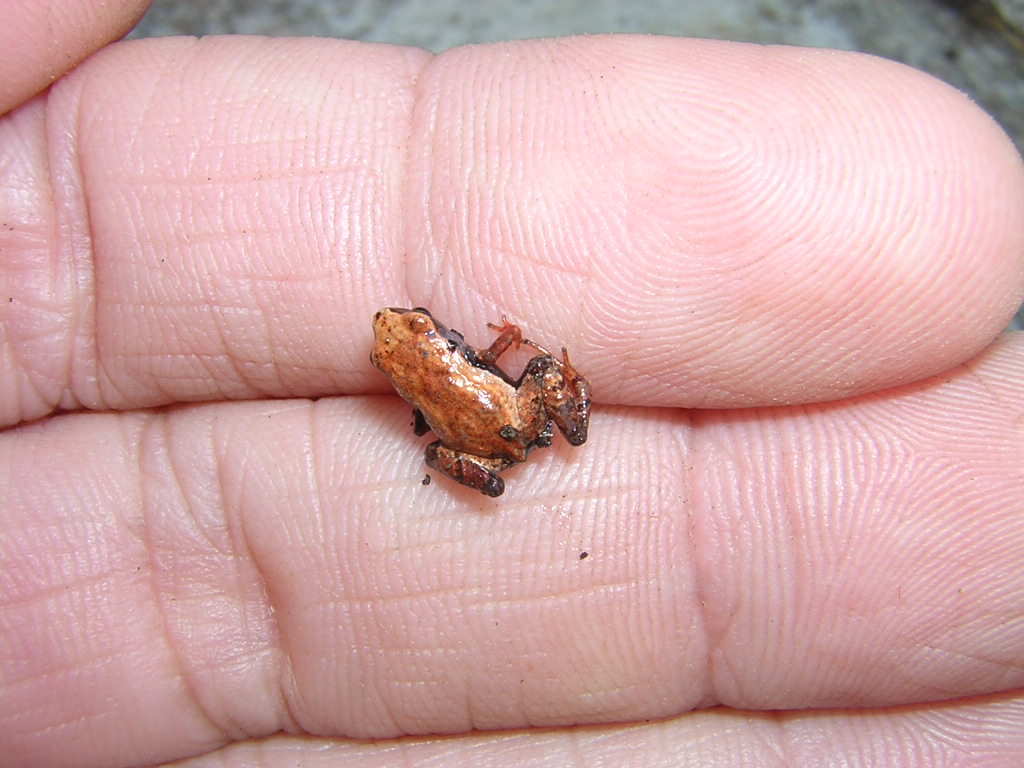 If you are ever studying abroad in Cuba on a biological, ecological or zoological trip, you might want to try to find the world’s smallest frog, the Monte Iberia eleuth. Found in the eastern provinces of Cuba, the worlds smallest has no English common name yet, but its scientific name is Eleutherodactylus Iberia. This frog measures 10 mm from snout to vent which means that it can sit on a dime and still have plenty of room. Amphibians accumulate numerous compounds into their skin glands, many of which act as a defense against micro-organisms and predators. The compounds that create skin alkaloids in frogs come from their diet in the wild. These skin alkaloids are what we know as poison. The E. Iberia does have skin alkaloids but it is so small that they do not affect humans.  In Cuba, most amphibian species have declined substantially because of deforestation and loss of habitat. It is interesting to know that Cuba has still the highest percentage of forest cover in the West Indies (World Resource Institute 1992), however, the percentage cover is relatively low (about 20%) and primary forest is scarce. Known threats include illegal deforestation, mining, and tourist development. This frog is critically endangered.  University travel study abroad in Cuba might aid in researching possible ways to prevent deforestation and learn more about this tiny frog.