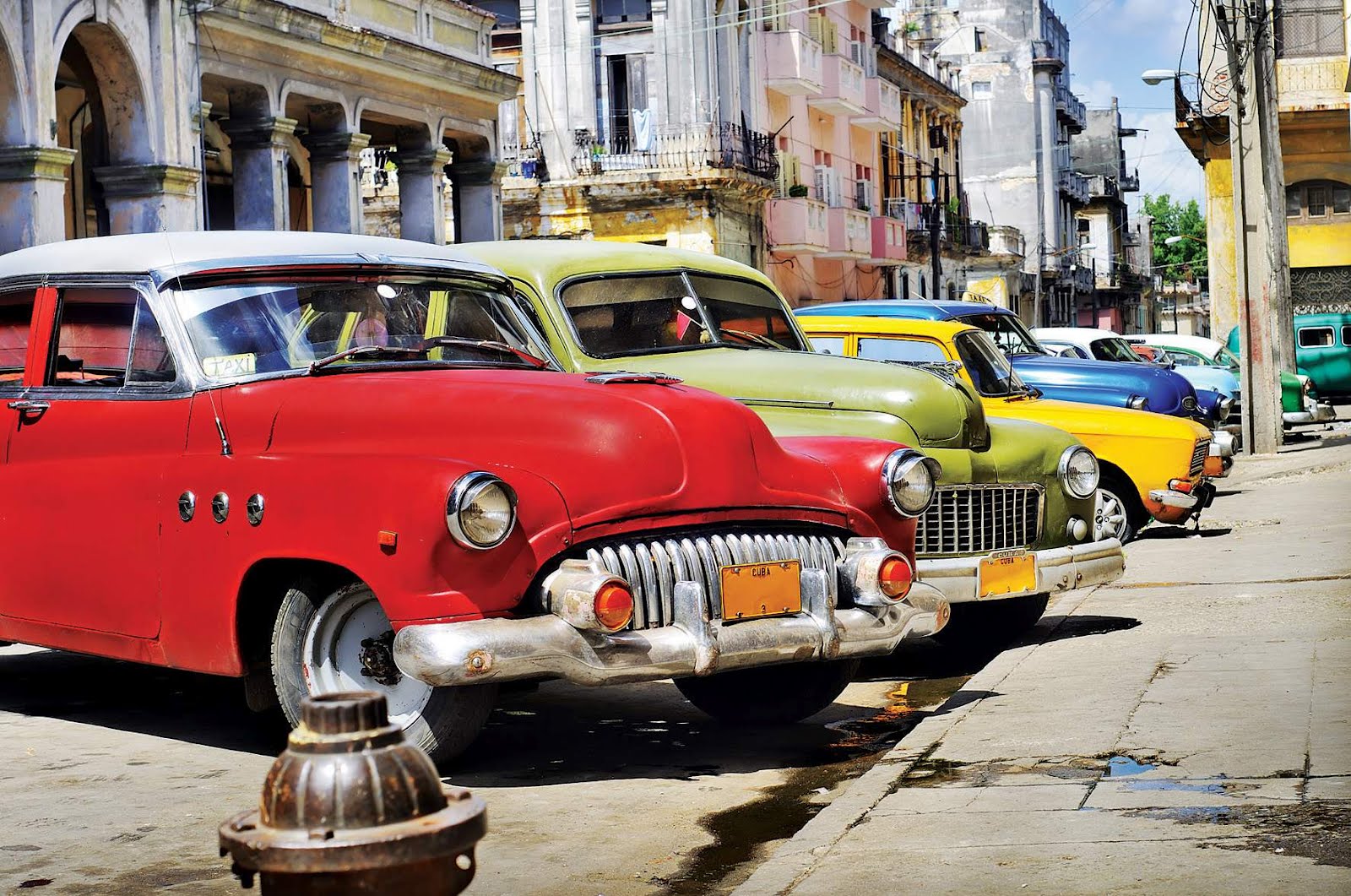 Cuba and American Cars | Cuba Legal Travel Study Abroad
In participating in a legal travel study abroad program to Cuba, Americans can find fascination with the Old American cars of Cuba. We can also design a class around design and repair of the old cars.
One of the peculiarities of Cuba is the plentitude of old American cars that still haunt the streets of Havana. From afar the cars look like any old American car but the inside of the car as well as under the hood lies the truth, that could be Russian Diesel engine, Mazda break pads etc, the Cuban refer to them as “Frankenstein cars”.
During the Cuban revolution, which is marked by Fidel Castros taking power in 1961 (the revolution is still considered ongoing)  American car parts are at a premium. The interiors are meticulously maintained to original condition in many instances surprisingly with the humid coastal weather of Havana. In other interiors there are uniquely Cuban sew jobs that have kept the interiors from deteriorating any further.
The old American cars are used for personal use as well as taxis. In Cuba there are several different types of taxis. The standard taxi is the case where the driver owns the cab and contracts directly with clients that pay a negotiated rate. The old American cars because of their size also operate in what is called a “collective”. The collective runs a rout much like a bus and picks up Cubans on the route and charges a fixed fee much like a bus would. Cubans bay 10 Cuba pesos to be transported throughout the city. (less than 5 American cents). Many people can cram into these old cars, I have seen as many as seven or eight Cubans riding in them at a time.
The owner of an American car in Cuba is a person of means! The old laws of Cuba allow for a Cuban to legally own the cars as Fidel created a grandfather clause in which if you owned the car prior to the revolution you could keep it. The license plates of the car read “particular” which means private ownership. The cars are considered part of the “National Heritage of Cuba” and hence they are historical monuments which are not legally allowed at this point to be taken off the island.